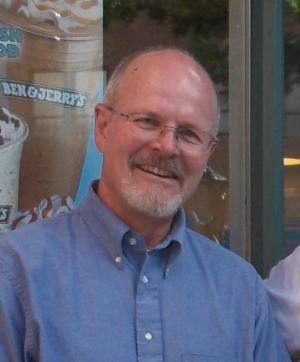 Opening in August of 2021, Bamford Elementary was named in honor of the late Gary Bamford, who served in various roles in the Poudre School District.  Gary graduated from CSU in 1968.  With a teaching certificate from UNC, he did a stint of student teaching at Heath Junior High in Greeley, where he discovered his love of middle school students that would remain a constant throughout his life.  Gary and Vicki spent an adventurous year in Taiwan, where he served as a counselor at the Tapei Middle School. Upon returning to Greeley, Gary was named vice principal of Brentwood Middle School and then principal at Chappelow Middle School.  Josie Brynn Bamford was born in 1979, and in 1981 Gary, Vicki, and Josie moved to Grand Junction, where Gary opened the new Bookcliff Junior High as its principal.  Josh William Bamford joined the family in 1982.  In 1986 Gary and his family were drawn to the front range where he assumed the principalship of Boltz Junior High in Fort Collins.  He became Executive Director of Personnel for Poudre School District in 1989.  In 1993 Gary began the grueling, joyful task of opening a new school  --  Preston Junior High.  After 7 years at Preston, Gary became Assistant Superintendent of Secondary Schools, and briefly Interim Superintendent of Poudre School District in 2004 before retiring.  In 2009 Gary and Vicki moved to Denver to experience a new adventure.  Josh, Josie, and her fiancé (now husband), Greg, joined them with an eventual move to Denver as well.

Gary Bamford had a profound impact on the lives of people he touched.  He is described by those closest to him as a leader and a mentor, but more importantly, a friend.  He made everyone around him feel valued, that what they thought and said mattered, and that he deeply appreciated them.  Gary knew everyone by name, including the students he served every day, making them feel important and cared about by him.  In fact, I talked to a former student at Preston who did not have Mr. Bamford but said that every time she walked by his picture, it made her smile.  He was a servant leader who valued relationships to make the school the best it could be for all students.  He was an exceptional listener and also valued collaboration amongst colleagues and students.  Everyone described Gary as someone who was incredibly humble.  He didn’t care what his title was; he cared about supporting and caring for his colleagues, staff, students, and families. In the words of his close friend and colleague, Joe Cuddemi, and I quote, “Simply put, Gary loved us.”